Based on a popular webtoon of the same name, ‘Gyeryong Fairy Tale’ tells the unique story of a Taoist fairy who has been living on earth for 699 years. She became trapped on the earth after marrying a lumberjack, but her lumberjack husband eventually passed away due to old age, while she remained immortal. As a result, the main character Sun Ok Nam (played by Moon Chae Won) waits on the mountain for her husband to reincarnate, working as a barista for a small mountain cafe.
The drama’s newly released “portrait style” posters show Ok Nam in her youthful image (Moon Chae Won) as well as her elderly image (Go Doo Shim), piquing curiosity. Meanwhile, the two male leads Yoon Hyun Min and Seo Ji Hoon wear unreadable expressions, standing stiffly in both posters. Finally, Gugudan‘s Mina also gives a hint to her transformation by going from her human form to her tiger form as the character Jum Soon.
To find out which of the two men is the reincarnation of the lumberjack, tune in to ‘Gyeryong Fairy Tale’ beginning November 5 at 9:30 PM KST! 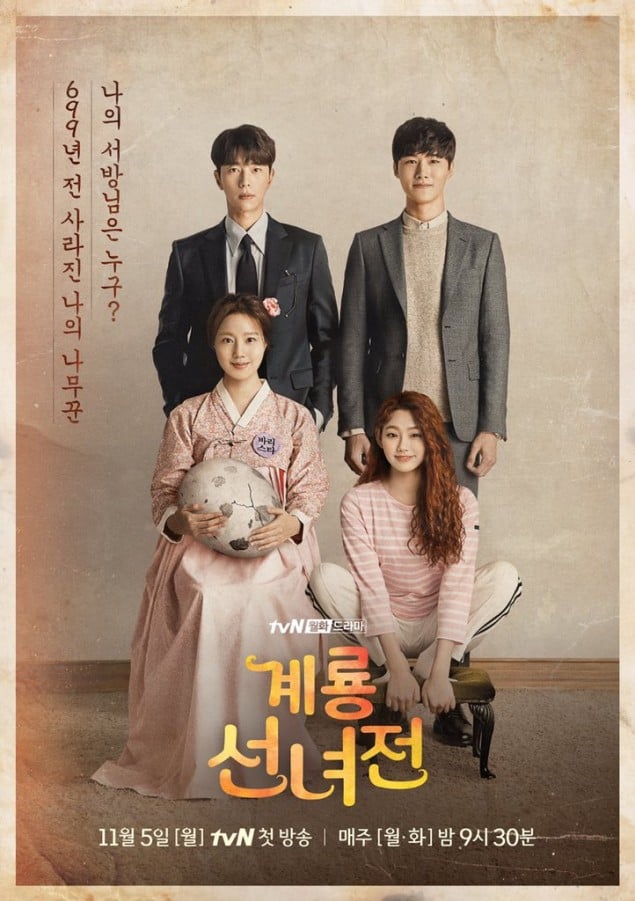 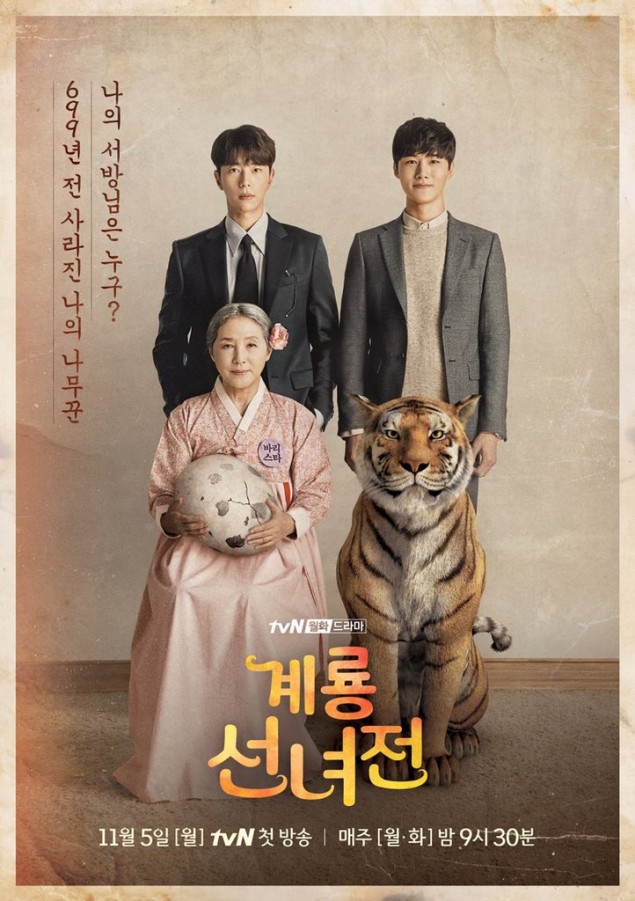